Denglish may be embarrassing but Engrish opens up a whole new world of bad translations.

This might be an obvious subject to tackle for anyone dealing with languages, but it never fails to bring a smile to my face. Denglish and Engrish – mistranslations with often hilarious consequences.  In this globalised world where apparently English is the common language, how did some of these signs and slogans come to see the light of day?

You’re having a laugh

For those who don’t spend their spare time browsing silly sites, let me introduce you to a few favourites.

This is fairly innocent… 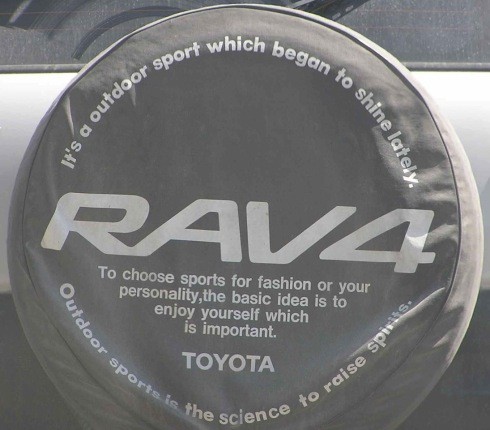 This is just bad advice… 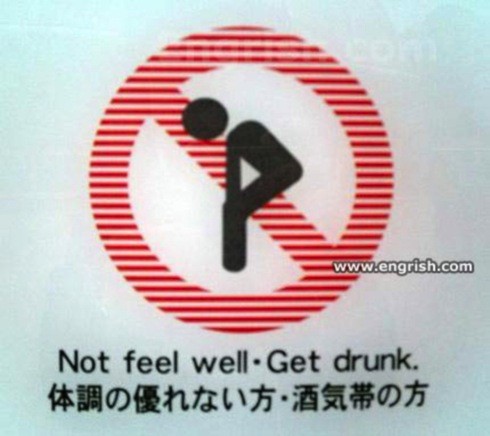 This getting a bit weird… 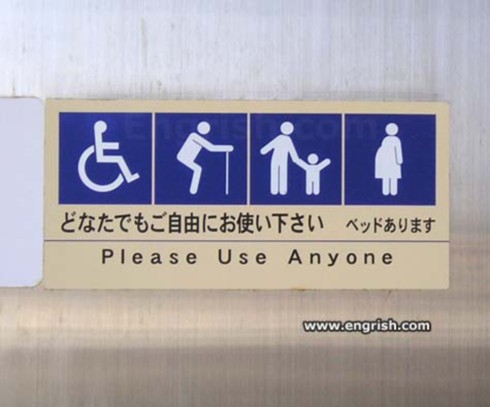 And this is downright scary: 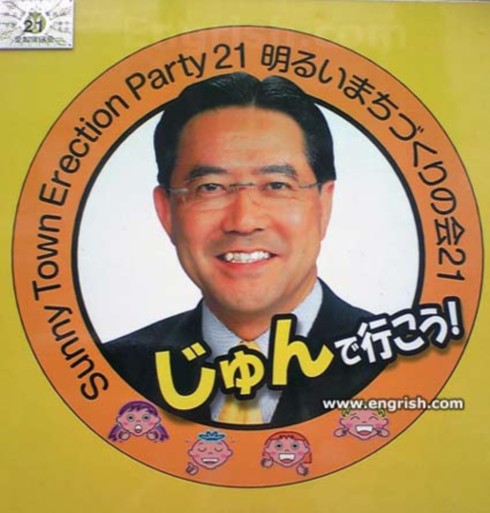 And last but not least, my favourite Denglish sign: 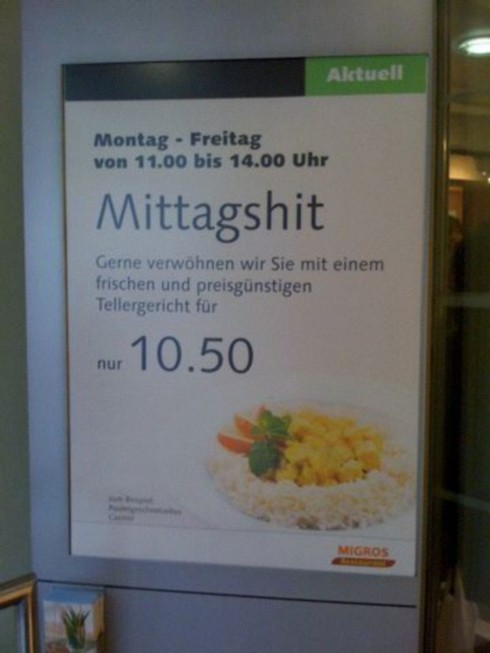 Lessons to be learnt

There is a moral to this silliness, which is that no one gets away with bad translation in this day and age. It’s an unfortunate fact that translations are often dismissed as low priority by many companies, yet a simple mistake can make all the difference. Take, for example, KFC’s slogan “Finger-lickin’ good” – translated as “We’ll Eat Your Fingers Off!” in China. Or Salem cigarettes’ slogan “Feeling free” – translated as “Free and empty mind” in Japan. Not exactly the message a brand wants to communicate. Moreover, cultural considerations are often just as important as getting the language right. Boastful adverts pushing the benefits of a product may be inappropriate in Japan, and in a city like Zurich where 31% of the city’s population are from 166 different countries, there’s a high chance that Mittagshit might be interpreted wrongly, however correct the German may be. Hand signs and colours present other problems, but we’ll deal with these another time.

For all their academic achievements, the Japanese rank a lowly second-to-last in English proficiency in Asia (based on TOEFL scores). Nevertheless, they have adopted many English words as their own, usually when they embraced a foreign object or concept into the culture. So door in Japanese is doa, knife is naifu, TV is telebi. Some have been warped into unrecognisable forms, such as eakon (air conditioning), limokon (remote control) or pasokon (personal computers). Notice a pattern here? German, incidentally, has also found its way into the language. Can you guess where the word alubaito stems from?