The online language service provider has settled in nicely on Dudenstrasse in Berlin Kreuzberg and is expanding the team.

On September 1, 2014, Supertext.de went live. And in the subsequent 20 months, the copywriting and translation agency has provided services for more than 200 clients, including renowned national and international companies such as BuzzFeed, Deichmann, Ferrero, Home24 and interlübke. 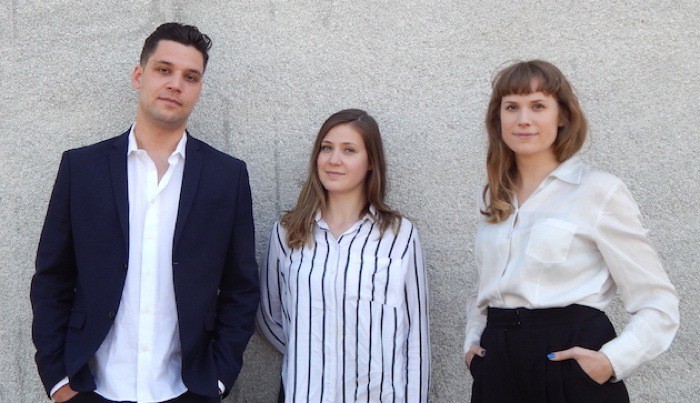 Sebastian Jahn (left) joined the Superteam at the beginning of March. He has many years of experience in the translation industry as business development manager for Tolingo and LanguageWire. “What attracted me to Supertext is its commitment to creativity and quality. Instead of prioritizing speed and cost efficiency like so many other agencies, we focus on transferring not only the language, but also the content. Content marketing is in fact our strong point.”

Having spent a year building up the marketing department at Supertext’s headquarters in Zurich, Rea Caneve (right) has returned to Berlin. “Zurich is lovely, but Berlin is where I feel most at home. I was responsible for Kauf Dich Glücklich’s marketing for five years. Now I put in a good word for clients from the fashion industry.” Ivy & Oak is just one example of Supertext’s trendsetting clientele.

Chiara Tormen (center) also started at Supertext Zurich before transferring to Supertext Berlin. Her experience in project management is a huge asset. “Right now I’m working hard on our DMEXCO booth. I’m determined to make it great. Get in touch if you’d like to visit us!”

Monica Grasso is the most recent new addition to our language manager team. Her background in languages includes interpreting for Fiat in Turin and at Supertext, she ensures that the Italian texts always hit the mark. Frances T. Provine has worked as a translator in Berlin since 2013 and joined the Supertext English team in April. Before that, she was a journalist for The Capital Times and The Daily Cardinal in Madison.

Thanks to the b+office team in Berlin Kreuzberg, we recently moved to a bigger, better open space.