In a company dedicated to words, numbers still count: 500 new clients and a 30% increase in sales means a lot of happy faces at Supertext this year – including 19 new ones.

Time for some introductions!

Leila Akbarzada studied Islamic studies and oriental literature in Bern and Hamburg. Since August, the journalist (SRF Tagesschau, Neue Zürcher Zeitung, FM1Today) has been in charge of all our Swiss copywriting projects.

Pauline Mornet worked as a news anchor for RTL Radio, a press attaché at the French consulate in Los Angeles and most recently as a film producer, after studying in Paris (Dauphine/La Sorbonne). Pauline joins our team in the US.

Manuela Rykart joins the team in Zurich as a Junior Project Manager. She will complete her studies in Applied Languages at Zurich University of Applied Sciences in Winterthur at the end of June 2019.

Steffen Vogl joined our team in Berlin Kreuzberg at the end of October. The economics graduate has worked as a front office manager, fruit picker, English teacher and receptionist in Australia, New Zealand, Thailand and Germany.

Julia Wilton (Team English) played in an all-female punk band during her degree in German studies. Trained as a foreign language correspondent and with 10 years’ experience as a freelance translator, Julia makes sure our translations and copy strike the right chord in English.

Stefanie Zuberbühler (Team German) is completing an internship with the German team in Zurich. She finished her studies in Applied Languages at Zurich University of Applied Sciences in Winterthur earlier this year.

Paul Milan (Team French) studied in Cologne and Strasbourg (Master de traduction professionelle – ITIRI). Paul has worked both as a freelance and in-house translator in Hamburg, Leipzig and for the Federal Department of Finance in Bern.

Georgina Hudson (Team English) studied in Birmingham and Nottingham. She speaks English, German, Russian, Slovene and Japanese and also developed an understanding of Swiss German working at a hotel in the Swiss Alps.

Juliane Kämpe (Team Babylon) grew up in Berlin and stayed close to home to study Italian and French there, staying true to her home city. Two years spent in France and Italy helped her build a career in languages. Since September 2018, she has been looking after our pool of translators as part of Team Babylon.

IT team doubles in size

Yannick Ruck grew up in Belgium and has been studying mathematics, IT, science and engineering at Uster Vocational College since August 2017. Yannick is our new IT apprentice (application development).

Peter Höber trained as a cabinet maker in 1997 and, 13 years later, completed a Master of Advanced Studies in Software Engineering. The certified software architect and Scrum Master supports our IT team in Zurich.

Leonardo Meschede worked like a dog at university – literally. He developed an app for pet owners to manage the lives of their furry friends, from food to walks. He is moving to Switzerland from Brazil in November to start his IT internship at Supertext.

Andrija Karadzic achieved the rank of Master in Software Engineering at the Serbian military academy. He knows that the pen is mightier than the sword, however, which is why he’s starting work at Supertext in December. He’ll plan our IT maneuvers, from ASP.NET to MySQL.

Alina Frick was born in Boston, Massachusetts, grew up in Cambridge, UK, before landing in Zurich, Switzerland. During her internship, the new business management graduate is diving head first into campaigns ranging from customer acquisition to customer retention.

Liam Going is a real jack-of-all-trades. He has worked in the restaurant industry, as a menswear salesman, a mailman, a bookkeeper, a night porter and a guest relations manager at FIFA in Zurich. Leveraging his studies in computer science, he now supports the marketing and sales team in Berlin.

One for all. All for you.

Andy Krapf (Key Account Manager) and Marion Tardieu (Team French) joined the team earlier this year. A total of 19 new employees, all in one year. In the boardroom, Rinaldo Dieziger (Head of Everything), Fabian Dieziger (Head of Business) and Rémy Blättler (Head of Technology) are very happy with the recent expansion: 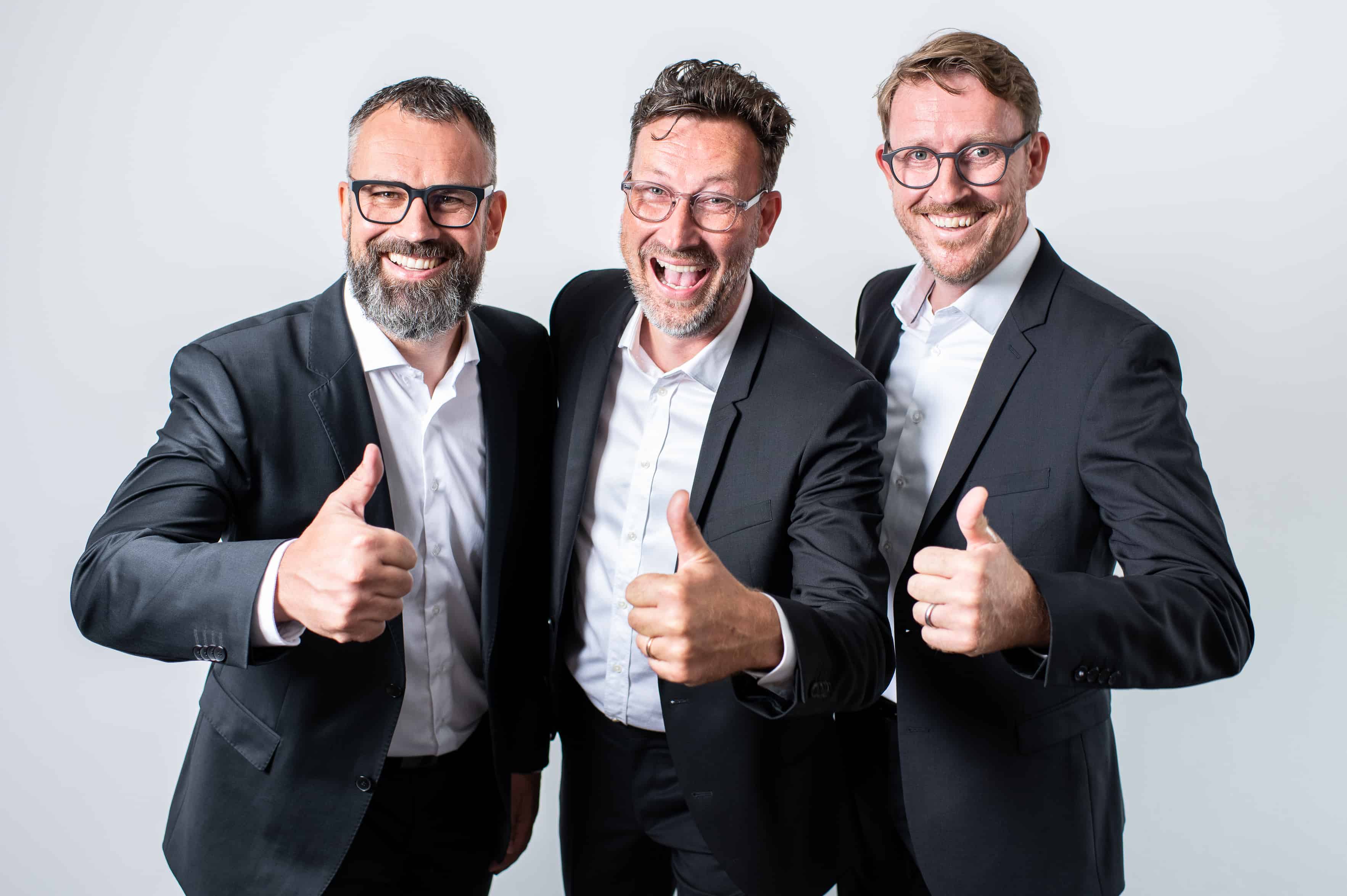 “We are super proud of our team – good people are the ABCs of success. But ABC doesn’t quite cut it for us. As a copywriting and translation agency, we want to own the entire alphabet. So we are always on the hunt for people with superpowers.”

If you have literary superpowers, take a look at our job vacancies.

Supertext started in 2005 as the first ever online copywriting agency. Today, the company writes and translates in more than 90 languages. Over 3,000 companies rely on Supertext’s language services and technology solutions for the creation and localization of their content. With 59 in-house employees in Zurich, Berlin and Los Angeles and a network of more than 1,500 hand-picked copywriters and translators, Supertext is a creative force to be reckoned with.