Why Apple has finally ditched the flags – and what other controversies to avoid in your multilingual website settings.

All multilingual websites have one thing in common: a set of language options for visitors to choose from. Companies like Google, Siemens, Philips and Delta Airlines stopped using flags to represent these languages ages ago, and now Tim Cook has waved the white flag himself. Here are three good reasons why:

They represent countries. Not convinced? Well, what flag would you choose to indicate English, or Spanish? Which of Switzerland’s four official languages is represented by its flag? And what should you do about Arabic? You start running into problems as soon as you get two countries speaking the same language – or one country speaking two.

Even using flags to represent countries rather than languages won’t necessarily keep you out of trouble. For example, China doesn’t recognize Taiwan as an independent country – so a Taiwanese flag on your website will soon land you in hot water with Chinese customers. Not to mention the mockery you’ll be subject to if you mix up your flags like Amazon.

They just don’t scale up: a webpage full of little flags with similar colors (is that Italy or Ireland?) is harder to scan than a list of language names. Plus, it takes much longer to load.

Flags create more problems than solutions when it comes to usability. But luckily, there’s an elegant workaround: just use text instead. It’s simpler, requires less processing power – and won’t upset the Apple cart.

But there’s always room for improvement, so here are a few more tips for top-notch multilingual navigation:

Give the names in your target languages

Don’t leave foreign customers picking through a list in search of French, Portuguese or Japanese: make it simple for them by listing their languages as Français, Português and 日本語 instead.

Learn from the Taiwan example above and list regions rather than countries if you’re going geographical. Then sort them alphabetically: even the pickiest patriot can’t hold that order against you. 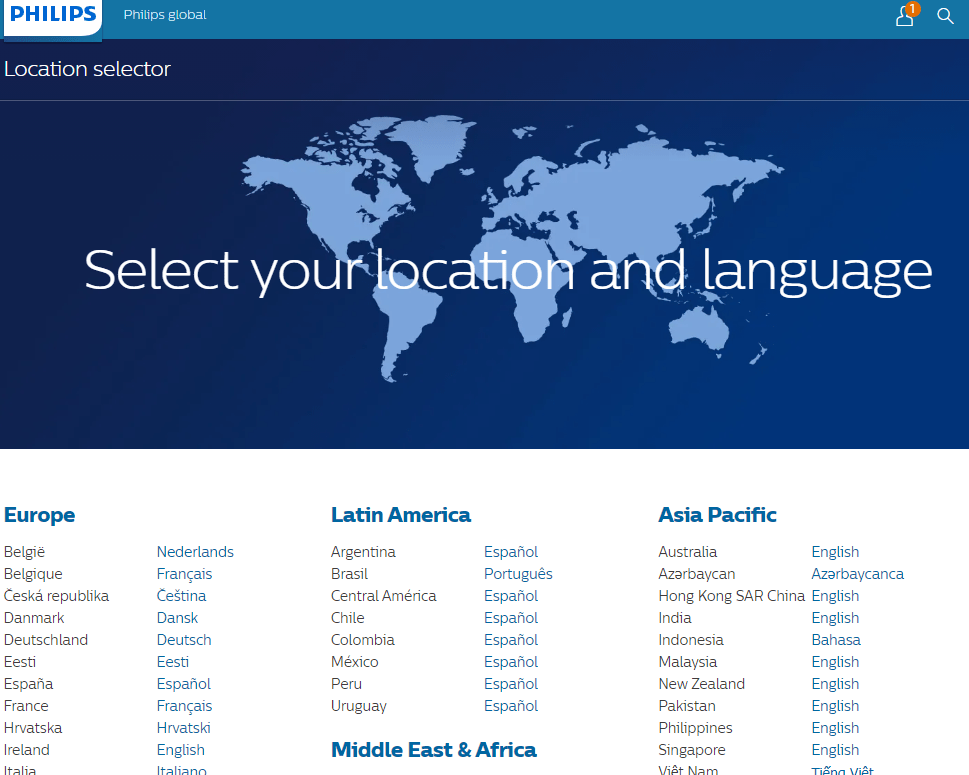 Does your website have a splash page that asks visitors to choose a language before they continue to the main site? If not, put your language navigation menu up top (in the header) or down low (in the footer) – and keep it on the right. Statistics show that’s where most people look for it. And the more international your business, the more reason to put it up top. You want to make things as easy as possible for your overseas customers, after all.

Get ahead with a globe

Puhutko suomea? If you’re not one of the world’s 6.3 million Finnish speakers, you’ll just have to hope that the website you’ve ended up on has a clear symbol pointing the way to the language settings. Pictograms of globes and maps are two of the most popular. We recommend the globe: it’s easy to spot, even when scaled down, and is more universally recognizable than a map.