Bad Bunny has it all: he’s the first Latinx urban artist to appear on the cover of Rolling Stone, has sold millions of singles and has performed duets with Drake and Jennifer Lopez. And now, the Puerto Rican rapper has attained the ultimate honor: a starring role in Supertext’s transcreation explainer.

If you’re taking your product, service or song international, translation is essential – people in Reykjavík don’t speak the same language as those in Rio de Janeiro, after all. But there’s more to the localization process than just directly translating a text from one language to another. For creative copy, slogans and lyrics, you’ll need to go one step further with a transcreation. What’s a transcreation? Allow us to explain – with a little help from Bad Bunny’s 2020 hit Yo Perreo Sola:

And here’s how that translates:

No creeps stick to her
The record turns itself on when she arrives
Men are a hobby to her
A spoiled one like Nairobi
And you see her drinking from the bottle
The boys and girls want her
She’s more than 20, she showed me an ID
Hey, she’s a skeptic about love

If you’re thinking, Wow, he’s not much of a poet, this Bad Bunny, don’t judge just yet. It’s not Mr. Bunny’s lyrical prowess that is at fault – it’s the translation. While a general translation like this can cue non-Spanish-speaking listeners into the meaning of the song, it doesn’t take into account rhyme, rhythm or register – in other words, all the elements that make a song a song.

For that, you need transcreation. As the name suggests, transcreation is a creative process, usually done by someone whose copywriting skills are as good as their translation skills. The aim is to convey the tone and style of a text in a new language without necessarily sticking to the precise wording of the original.

Let’s try transcreating this song instead:

Hope there’s no creep who’s stalking
The club lights up when she comes walking
To her men are just a hobby
She’s kinda spoiled like Nairobi
And when you see her drinking
You know what the boys and girls are thinking
She’s over 20, showed me her ID
But in love she doesn’t believe

Much better, right? The transcreated version is snappier and retains the rhymes that are so key to a rap song. (We’re still in the dark about the identity of Nairobi, of course, but you can’t have everything.)

And Supertext’s seasoned transcreators can do a whole lot more than just make lyrics catchier. They take this same creative approach to everything from website content to advertising campaigns. While we can’t promise to make you as successful as Bad Bunny, it’s well worth considering a transcreation – and getting in touch with us – if you want to set your texts on the path to international superstardom.

Get in touch or Book a demo 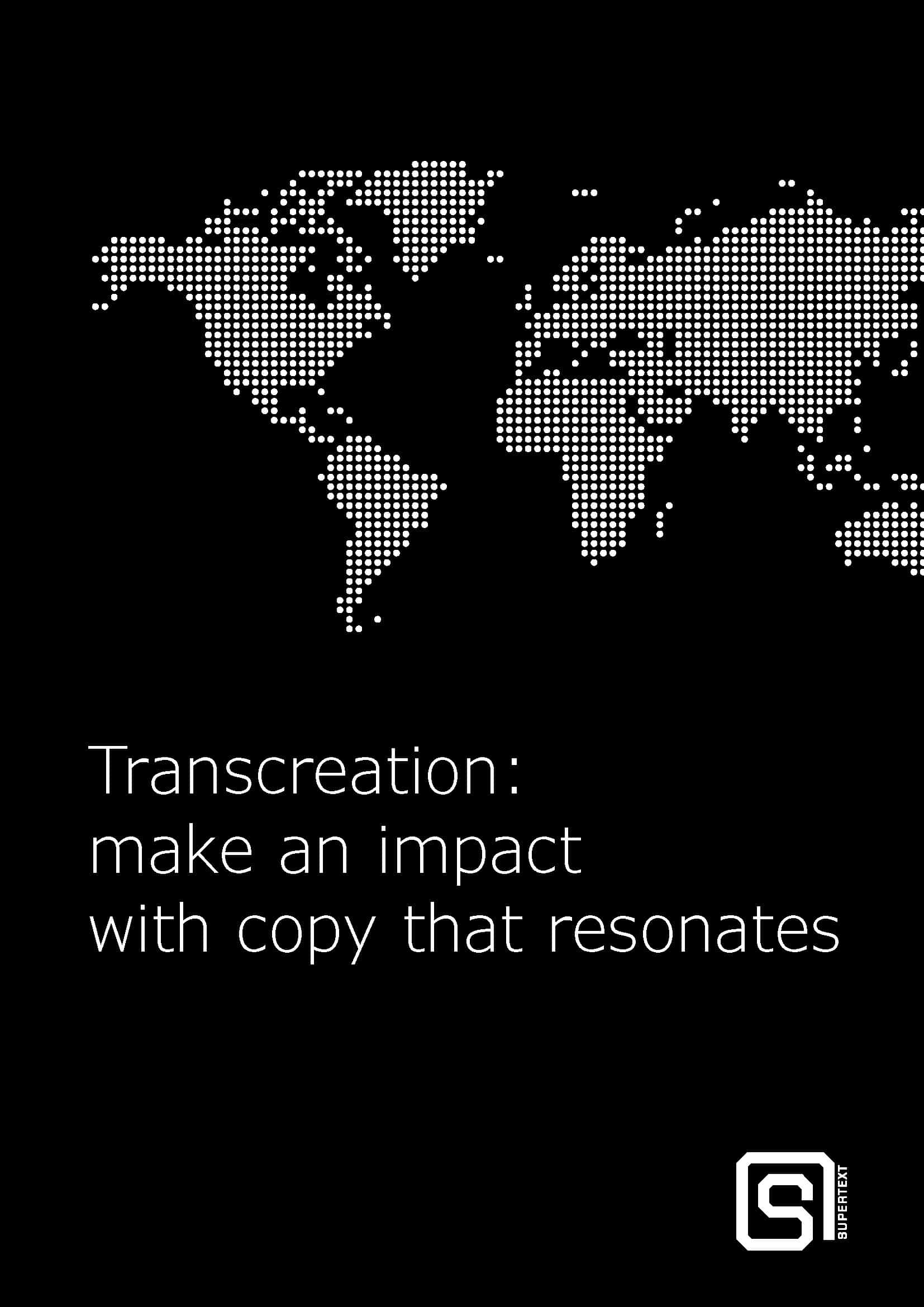 Want to learn how it works?

Our white paper has all the details about transcreation:

– What factors contribute to the success of a transcreation

– When you need one

– Specific examples and use cases

– Tips and strategies for finding a provider

Get it for free