Why do buildings in China jump straight from the third floor to the fifth? Why do price tags in Japan usually end in eight? And why is there one particular phone number in Bulgaria that nobody wants? Because numbers are part of our culture. And as such, they play a key role in successful marketing.

Numbers influence how we think. They help us describe and make sense of the world around us. As you’re reading this, you probably know what the date is, how old you are and how much you just paid for your lunch.

But different cultures think differently about numbers. Depending on your religion, mythology and superstitions, particular numbers can have varying associations – ranging from good luck to blind panic. It’s important to take these differences into account when marketing a product in another region. Adapting numbers for your local audience often involves more than just changing the date format.

Four and six: lucky or deadly?

For English speakers, the number four is generally associated with the four-leafed clover, and thus with good fortune. In China, however, it is considered an omen of death: the word for four, 四 (sì), sounds a lot like the word for “die”, 死 (sĭ). Which is why you’re unlikely to see it on passports, license plates or in product names. For the same reason, many buildings officially have no fourth floor. 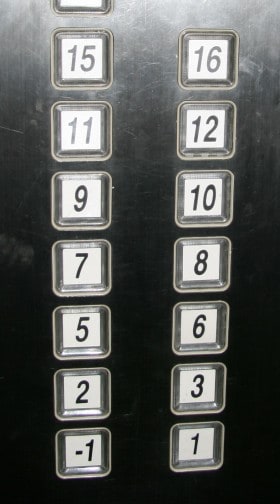 The same applies in Japan and South Korea. House numbers containing a four are much harder to sell, for example. Mentioning the number to someone who is ill is considered taboo, as is giving someone a gift that contains four items (e.g. a set of four plates) – in fact, this can even be interpreted as a veiled death threat.

The number six, on the other hand, is a lucky number. The word for six, 六 (liù), sounds similar to the word 流 (liú), meaning “to flow”, and is associated with things running smoothly. Chinese companies will pay extra to have 666 – traditionally the number of the devil in Western cultures – included in their phone numbers.

The superstition around the number 13 in places like the USA, UK and Scandinavia is so strong that it is often left out of seat numbers in auditoriums, and some hotels won’t have a room number 13. Fear of the number 13 is widespread enough for it to have its own term: triskaidekaphobia. The superstition is thought to date back to the Mayan calendar, which suggested that the apocalypse would take place on the 13th baktun (the last cycle of the calendar). In the Bible, Judas was the 13th guest at the Last Supper, and it was on Friday the 13th that King Philip IV of France ordered the arrest of the Knights Templar.

None of this applies in Italy, however. There, the number 13 is associated with Saint Anthony of Padua – who is celebrated on June 13 – and is therefore a lucky number. Instead, Italy’s unlucky number is 17; this is due to the fact that the Roman numerals XVII can be rearranged to form the word “VIXI”, meaning “I have lived” in Latin, which is often found written on gravestones.

Get rich with eight

In China and Japan, the number eight symbolizes wealth. Again, this is linked to the word’s pronunciation: “eight”, 八 (bā), sounds like “wealth”, 發 (fā). The number eight therefore crops up in lots of places – including on price tags, which often end in an eight. 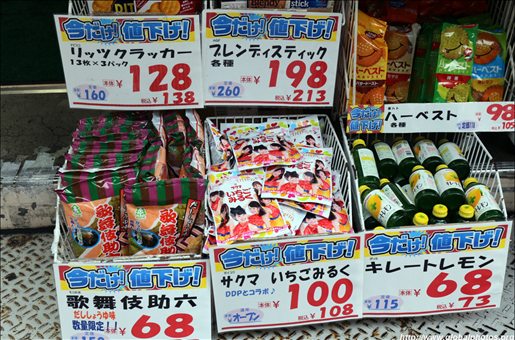 China and Japan are divided on the subject of the number nine, however. In China, nine is associated with the emperors and therefore thought to bring good fortune. In Japanese, the word for nine, 九 (kū), sounds like 苦 (ku), meaning “torture” or “pain” – which is why it is often omitted by Japanese hospitals and airlines. When saying the word, people often opt to pronounce it kyu instead.

While eight may be a lucky number in China, it’s the opposite in Bulgaria. And believe it or not, the telephone is to blame: three consecutive owners of the telephone number 0888 888 888 died, making it the least desirable number in the country. Wondering who has the number now? Don’t bother dialing it – it has since been suspended by telecoms operator Mobitel.

Likewise, the number 26 has negative associations in India: earthquakes, tsunamis and terrorist attacks have often fallen on the 26th, making the number a bad omen.

You can count on yourself in Papua New Guinea

How do you express quantities in a language with no numbers? Ask the indigenous Munduruku or Pirahã peoples of the Amazon: their languages contain only a few concrete numbers, meaning amounts are generally described in relative terms. Pirahã, for example, uses either “hói” or “hoi”, meaning “many” or “few”.

And what about numeral systems? When should you use Roman numerals (I, II, III) and when Arabic ones (1, 2, 3)? At least both systems have one thing in common: they work with a base 10 system. The Oksapmin language of Papua New Guinea, by contrast, uses base 27: each number is assigned to one of 27 different body parts, starting with the thumb of one hand and ending with the pinky finger of the other.

But what do the vagaries of numerology have to do with international marketing? Simply put, when it comes to calculating your campaign, you need to take the cultural significance of numbers into account. Numbers are omnipresent in marketing communications, appearing in everything from product names to slogans and prices to telephone numbers. They also form the basis of numerous idioms – English speakers know that good things come in threes, for example, and will talk about being on cloud nine. These turns of phrase cannot be directly translated into other languages. So if all this talk of numbers has left you at sixes and sevens, and you’d like some help with your next campaign, get in touch. You can count on us.