New markets require authentic content. As a result, you often need more than a word-for-word translation. But which approach is best to help get your message across to customers? Supertext gives you the low-down – with some helpful examples from the worlds of food and film.

Your company is ready for international expansion – but your marketing communications aren’t. So you’re looking for the right language service provider to help you translate your content. In the process, you’re bombarded by buzzwords like transcreation, creative media localization and multilingual copywriting. What do they all mean?

All these services have one thing in common: they adapt content to a specific market. And not just when it comes to the language, but in cultural terms, too – from prices and product design to personalized advertising. Like those Coca-Cola cans, for example. But we’ll come back to that later. First, here’s the low-down on the different approaches and when to use them.

What is it? Localization is a general term for adapting content to a specific local market. Translating the text is part of this process, but localization covers a whole lot more. It includes tailoring images, videos, design and ad channels to meet local requirements, as well as formal aspects like dates, currencies, legal guidelines and key search terms. In marketing, these linguistic and visual elements are collectively known as creative media. Localization experts use their insider knowledge of marketing and the local culture to adapt the content to the target audience, ensuring it has the desired effect in the new market.

The goal: to make sure your target audience doesn’t just understand the content but connects to the product or brand, and can engage with it authentically.

When to use it: for all your marketing communications – websites, emails, ads, billboards, etc. Every market has its own unique quirks, from religious traditions to local eating habits to preferences when it comes to advertising appeals.

Example: when Burger King launched the vegan Whopper on the global market in 2020, China presented a particular challenge. While there is a general interest in Western products, vegan food is primarily expected to cost less than meat – as eating meat is still a sign of wealth – and it should taste as similar as possible. The advertising needed to convey all of this, and ideally in a subtle, playful way.

The product was launched in 325 outlets across the country, and was a resounding success – thanks to a localized marketing strategy. Rather than using posters and ads, the burger was promoted by Chinese vloggers in the form of “mukbangs” – a trend in East Asia where people film themselves eating huge quantities of food. The clips were released on Weibo, the biggest social media platform for young people in China, and went viral. At under USD 4, the vegan Whopper is slightly cheaper than the original burger – which customers were also given for free every time they bought the vegan version during the first week, allowing them to do a direct taste test. 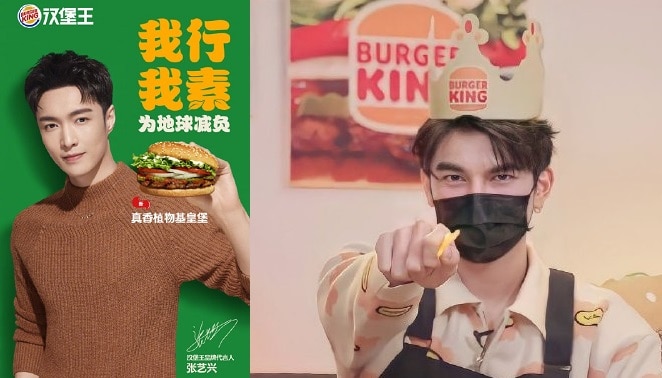 What is it? The name says it all: transcreation is 40% translation and 60% creation. It’s a creative form of translation in which a language expert freely alters the wording and formulations of the source to create a text in the new language that has the same effect and emotional impact as the original. In addition to cultural insight, the process requires linguistic finesse and creativity.

The goal: to render a text in another language in such a way that it retains the tone and the core message of the original. A good transcreation combines language, culture and emotion.

When to use it: for high-impact branding and advertising texts like creative headlines, slogans, brand names and product names – which often involve language-specific features such as regional terms and expressions, wordplay and humor.

Example: when it comes to adapting product names – in this case film titles – the makers of the dark comedy Silver Linings Playbook show us how it’s done. The English expression on which the title is based (“Every cloud has a silver lining”) has no direct equivalent in most other languages, and made no sense to foreign audiences. So for the international release, the team looked for alternatives – with creative results:

世界にひとつのプレイブック (Japanese title; literally, “the only playbook in the world”)

Sometimes adjustments are needed even between regions that share the same language. This was the case for the UK, where the title of the film was shortened to just Silver Linings, as “playbook” is an American football term that audiences would not have been familiar with.

What is it? Multilingual copywriting completely reinvents and rewrites content from scratch in a new language. Based on the brief, a professional copywriter will create a marketing text in their native language that is tailored to the target audience. This requires in-depth knowledge of the target market, the industry and the brand – and, of course, a whole heap of creativity. The final results can be very different for different markets, because the copywriting isn’t based on a particular source text.

The goal: to create a brand-new text tailored to the target audience that delivers a fully authentic brand experience for the local market.

When to use it: when a straight-up translation of the existing text isn’t going to have the desired impact. This might be because it contains information that isn’t relevant in the target market, or because specific information is missing. If the text needs to be adapted to a very different audience, it might be that even a high-quality reworking won’t cut it. Even with transcreation, there are limits to how far a text can be condensed and transformed. Creating a whole new text can be more effective for advertising campaigns, blog articles or individual product ranges. However, when it comes to translating things like websites and software, it’s not normally necessary, as the content will remain fairly similar.

Example: as part of its global “Share a Coke with…” campaign, Coca-Cola printed names that were common in each individual country on the bottles. But in China, addressing someone by their first name is considered disrespectful; when you meet someone for the first time, you address them by their title and family name. Instead of using this formal approach, however, the campaign briefing aimed to create the same brand experience for the target audience. The solution? New advertising texts for China and Hong Kong didn’t use consumers’ names, but instead invited them to share a Coke with “a good friend” or “a classmate”.

Deciding which service is best for you therefore depends on how the content will be used and what it is trying to achieve. The approach you choose will be based on the format and the desired effect on your target audience – and for large-scale campaigns, you might even want a combination of them. So now you know what each of these buzzwords actually entails. Here’s an overview for simple comparison – including a comparison with standard translation: