Arranging for the doctor to pay a house call has never been so easy thanks to the Medgate app. The initial assessment takes place via an AI-powered virtual chat service. And the multilingual interface? That’s where Doctor Supertext comes in.

During the current pandemic, digital health services are key to relieving the burden on healthcare systems and maintaining physicians’ availability. And making a digital doctor’s visit just got even easier: Medgate, Europe’s largest telemedicine operator, has developed an app that provides digital health services 24/7/365. How does it work? Patients enter their symptoms into the app and receive advice on whether they require a personal consultation with a doctor by telephone, video or a visit to a practice.

At the heart of the Medgate app is a virtual chat service powered by artificial intelligence (AI). This service was initially only available in German. After its successful start, Medgate wanted to expand into other languages – and so called on Supertext.

The top priority was to make the digital health service available in French. Supertext enlisted linguists with medical expertise to translate symptoms, descriptive texts, questions and attributes – feeding the AI with plenty of French-language data.

As the app is aimed at ordinary people, Supertext’s linguists had to take into account both medical and lay perspectives. How might patients describe their symptoms in everyday language? The final texts were evaluated by medical professionals and app developers, and the German and French segments aligned with one another. The result of this iterated process is an app that maps 10,000 symptoms onto its catalog of diseases.

The app also offers a bot that helps to diagnose illnesses by asking the user questions, such as “Do you have a cough?” The app contains different versions of its question sets for male and female users, as well as ones for use by patients themselves and by third parties. Supertext ultimately translated a total of around 900 questions.

Throughout the whole project, the focus was on UX design, user interfaces and interaction design – the essentials of app localization. After all, no matter how well an app is translated, it will be no help to users unless length restrictions, layouts and intuitive navigation are also taken into account. 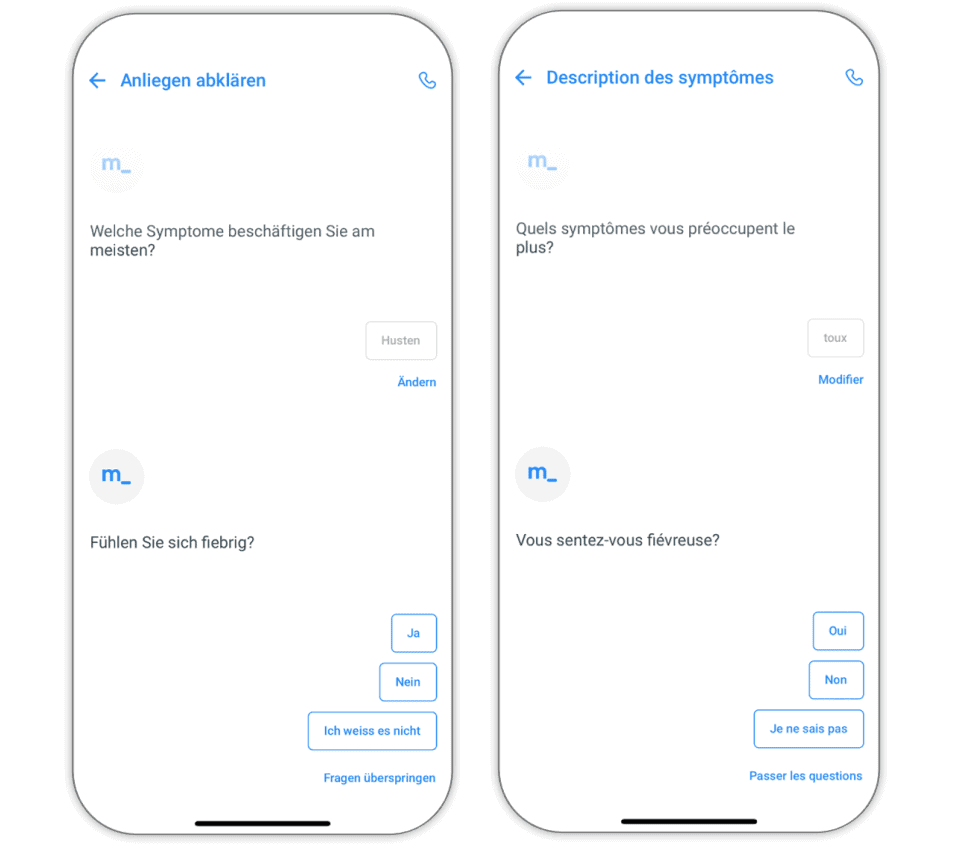 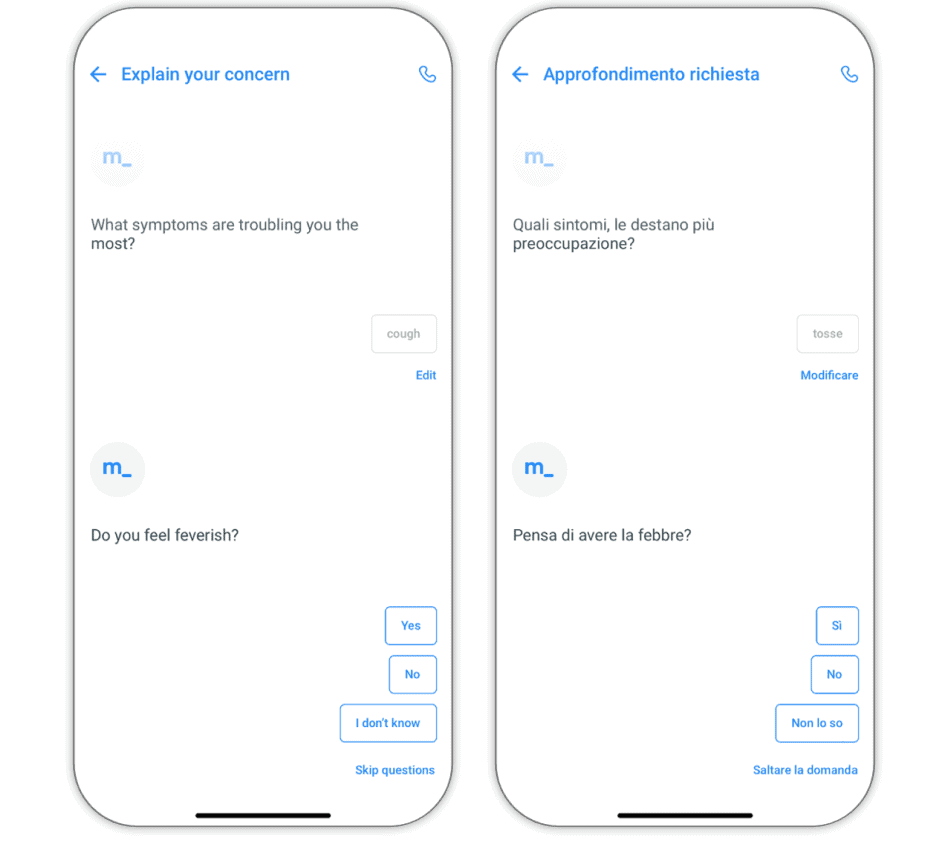 English and Italian localizations followed the successful French project. The linguists working on the project changed, but the process remained the same – to Medgate’s complete satisfaction.

“We were won over by Supertext’s comprehensive service: they quickly understood what we needed and offered high-quality translations, a consistent approach to complex content, rapid implementation and open discussions with the linguistic teams – simply super! We’re looking forward to working with them again.”